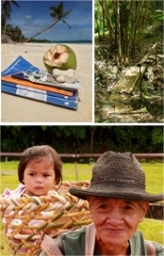 The UP Open University has revealed the winners for the UPOU Digital Video Competition – Take Two and the Digital Photography Competition 2013.

“Huni Kainadto (Melody of the Past)” by Rhyndl Nephi-Z Luczon, a Master of Development Communication (MDC) student, won the Best Documentary and Most Elderly Sensitive Award. The video provides a glimpse into the equally melancholic and uplifting life of 81-year old Nanay Sol in an aged care facility.

“Finals” by MDC student Cesar Claro Marquez won the Best Narrative for depicting in visually dynamic terms the travails of a student taking a final examination.

The judges for the UPOU Digital Video Competition – Take Two were Prof. Arminda Santiago, Director of the UP Film Institute, Mr. Jerry Donato, Entertainment Sub-editor for the Philippine Star, and Dr. Primo Garcia, Chair of the UPOU Cultural Committee.

The competitions are on their second run after the photo tilt’s launch in 2011 and the video contest’s in 2012. Winning videos will be shown in August 2013, in time with the UPOU Film Festival to be coordinated by the UPOU Cultural Committee. (Anna Cañas-Llamas)